Together with Kate Genever (Notice Board United) we planned an exhibition of several projects of mine for February - March of 2022.

Due to the escalation of the war in Ukraine by russia (which started in 2014 and now went into a full-scale invasion),

I started to volunteer to help Ukrainian war refugees in Poland and Lithuania and did not have time for my art.

Unfortunately, the war is not ended yet and russia is still trying to invade my homeland.

But I decided to find time and share with you some information on my projects created on the topic of propaganda and oppression.

At first, the idea was to show a spyhole from the project Surveillance, photographed smeared over prison cell window from the former Gestapo and later KGB prison, and a book of the PW44 project. To the idea of Kate Genever, images should be provided with a flag made by the artist (note: one of the artists that presented his work in this gallery was Ai Wei Wei), we decided to create a flag that would recall a spyhole. Later, as the war in Ukraine started, we added the Ukrainian flag.

Check this and other projects at: https://www.kategenever.com/work/the-notice-board/

Thank you very much! 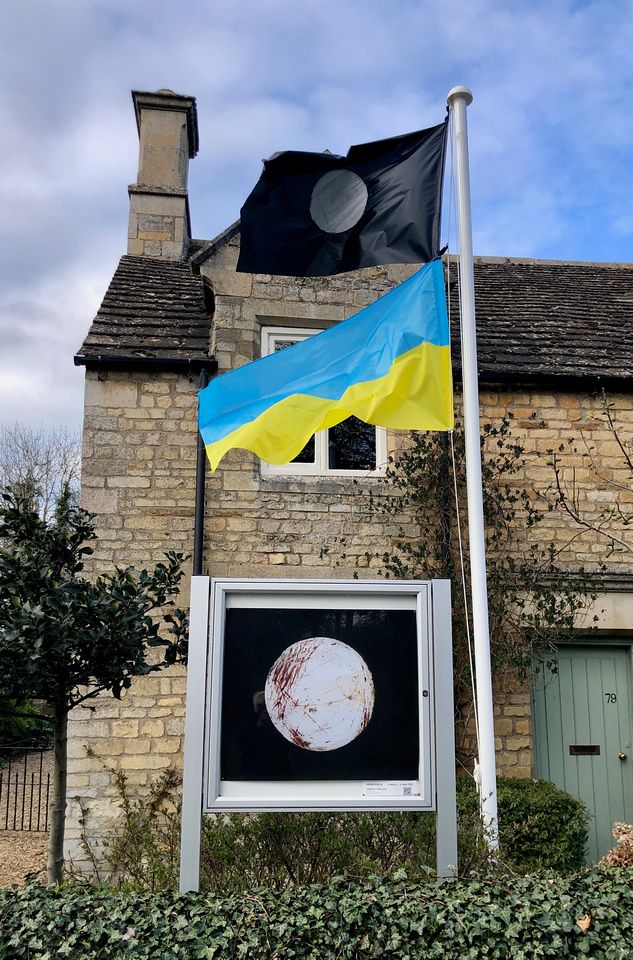 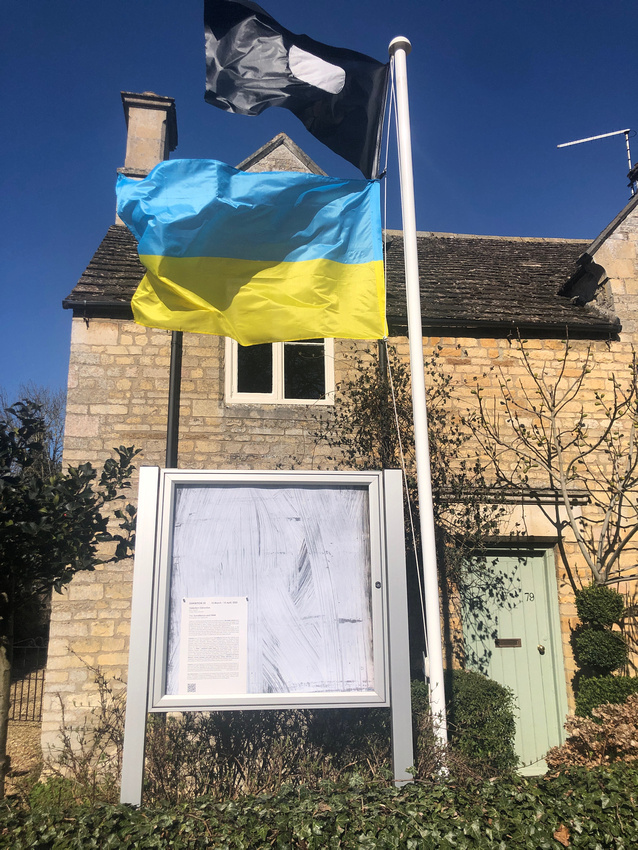